Future More Collective is exhibiting at Pullman Eindhoven Cocagne from 20 to 28 October. The talented collective – consisting of eight young graduates from the Dutch Design Academy – shows their designs for the first time to the general public during the Dutch Design Week.

The creation of Future More can be traced back to a shared need of the three founders or designers – Simone Smelt, Jasper Luijten and Nick Beens. They want to collaborate, share knowledge and experiences and learn from others, so that ideas become reality. They see it more or less as their ideology. In addition, they simply find it more fun to work with others. Together with five other designers with the same mindset, they now put the finishing touches to their designs for the DDW exhibition.

Thanks to the individual capacities and mutual collaborations, the unknown is discovered. The collective asks questions about the present and the future and comes with designs that transcend the traditional product design. Ideas do not remain concepts, but become meaningful projects that encourage reflection, respect and makes one wonder.

Myth (from the Greek mythos μῦθος): a story where happenings are described. The subject of the myth is often visualized trough extraordinary characters such as gods, animals, strange personalities or heroes who have inhuman powers. Those characters take a central role in these stories which have always been used as navigators for questions concerning past and its future.

As designers we use stories all the time, we basically create our own mythologies when we work on concepts. What will be the outcome, if we reflect on ancient myths and translate there norms and values into future myths connected to our profession? Do we need to questions our role as designers towards the society and move along with new technologies and social happenings?

For the upcoming Dutch Design Week, we challenge our participants to visualize a language based upon their believes and vision. By making the project understandable to others supported by form, shape and colors serving as character in their future mythologie.

View all photos
Book a room 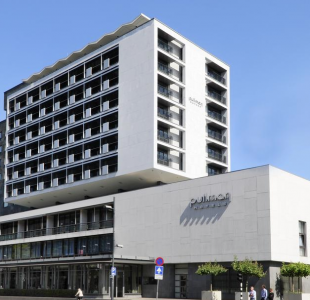 Please scan this QR-code with your smartphone for our latest Covid-19 updates that apply to our hotel. Or click this link.

The best of Pullman with Accor App Close